An archaeological location with an exceptionally high research potential.

The river valley of Illerup Ådal is a well-known archaeological location which has produced several important finds, among others, the world renowned weapon sacrifice near Fuglsang forrest. In the large wetland area where the Illerup River runs out into Lake Mossø large quantities of human bones and other spectacular archaeological remains have over the years been unearthed.

The discovery of human skeletal remains is always a source of great wonder. What really happened here, and where do the bones come from? A bit of the veil was lifted during archaeologist Harald Andersen’s examinations from 1957 to 1960. However, it was not until the two exploratory surveys in 2008 and 2009, that it became clear how this amazing material could create great opportunities for an understanding of the Iron Age people and the events leading up to sacrifice rituals. In 2011, a collaboration between Skanderborg Museum and University of Aarhus’ Department of Prehistoric Archaeology succeeded in gaining a 1.5 million DDK grant from the Carlsberg Foundation to begin a research project titled: The army and post-war rituals in the Iron Age - warriors sacrificed in the bog at Alken Enge in Illerup Ådal.

Other discoveries at Alken Enge

The discovery of human skeletal remains at the Alken Enge location has come as no surprise. With several well-known sacrificial locations of different character in the river valley of Illerup Ådal, also known as the "Holy Valley", there is no doubt that the area has been a focal point for a wider hinterland as a place to conduct sacrificial rituals, which appear to have taken place regularly during the Iron Age. Forlev Nymølle is a well-known ritual location where more every-day sacrifice patterns in the form of pottery, stone collections and various other manufactured wooden objects have been found. One of these wooden objects has been interpreted as a female goddess figurine. It is thought that several of the other excavated objects could have been sacrificed to this goddess.
Alken Wetlands is primarily interesting in connection with the discovery of sacrificed warriors, but there are also other sacrifices of various kinds with various datings. Within the deposited peat layers in roughly the same horizon as the human remains, a discovery was made of three lanceheads in iron and a shield of wood. The weapon finds are generally so few in number that they are not considered to have been sacrificed. In several horizons there are large amounts of manufactured and raw wood. The manufactured wood consists of both wood planks and timber, both smaller and larger in dimension. A myriad of more or less vertical sticks that have been hammered down are also found in the peat layers. Furthermore, pottery has been discovered, which can be dated from the Early Pre-Roman Iron Age to Early Medieval. Moreover, several excavation sites were found to contain sacrificed animal bones. In conclusion, the location of Alken Wetlands is thought to be a temporally very complex sacrificial location. 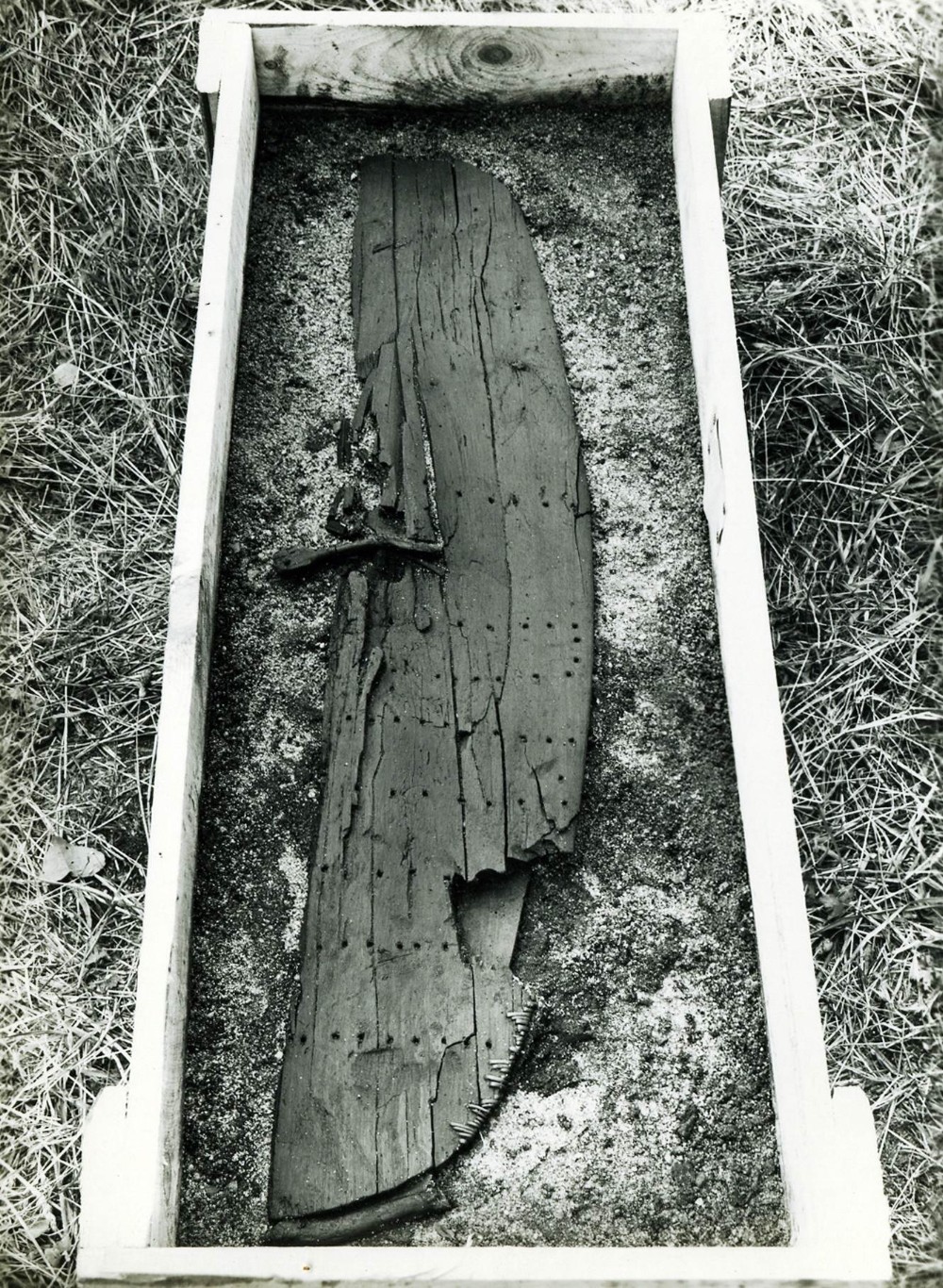